The chords in G major are the same basic concept as the Major scale itself in that we will still only be using the same 7 notes. G A B C D E F# G or “Do, Re, Me, Fa, So, La, Ti, Do” in the key of G.  The major scale is also referred to by number (roman numerals when written usually). I, II, III, IV, V, VI, VII. The key of G the “I” being  G, “II” being A and so on. This time instead of playing single notes we are going to play 3 or 4 notes at one time to create a “chord”. Basic chords are formed by playing every other note in the scale.  For example: To play the “I chord” G major in this case you would play G, B and D  you get G major, for the “II chord” A minor in this case you play A, C, and E and you get A minor. The diagram below shows how each chord in G Major is built. 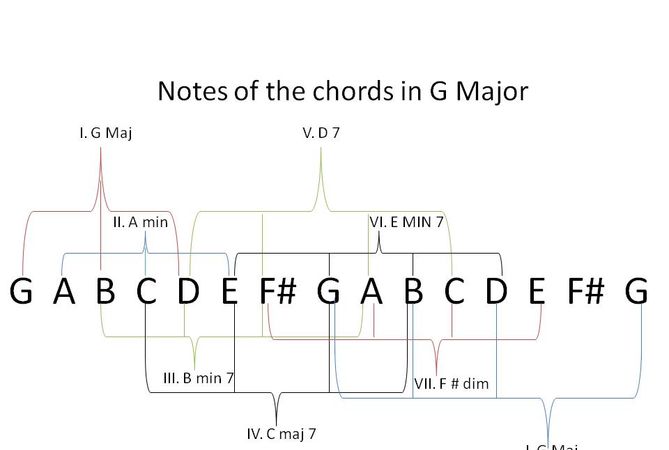 Below are the basic chords of G Major in tableture form and charted out on a staff. The staff is written in 4/4 time meaning you play each chord for the count of four quarter note beats per measure. Notice the chords are also labeled by Roman Numeral. Numbers are used when comunicating changes to a song. For example if you were playing the progression of G Maj, C Maj, D 7 you would just say 1, 4, 5 in G. 1 being the G (1st note) 4 being C (the 4th note) and 5 or V being the D. 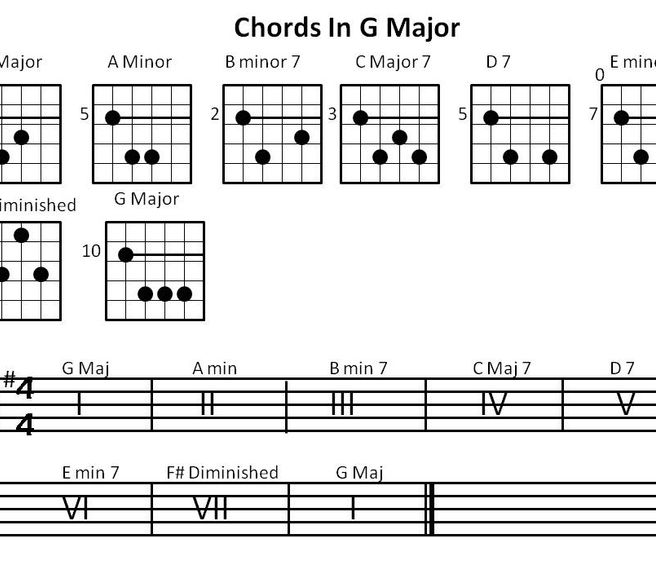 Here are your basic chord qualities. As you can see they are used in the major scale above. Once you know these chords you can follow most basic music charts. You can also play the major scale in any key just by playing these chords in different positions on the neck and using the same patterns as above 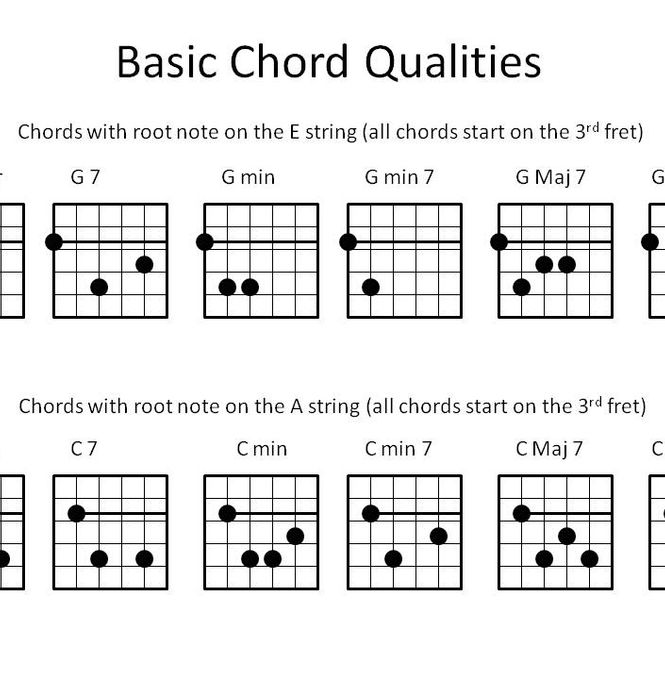 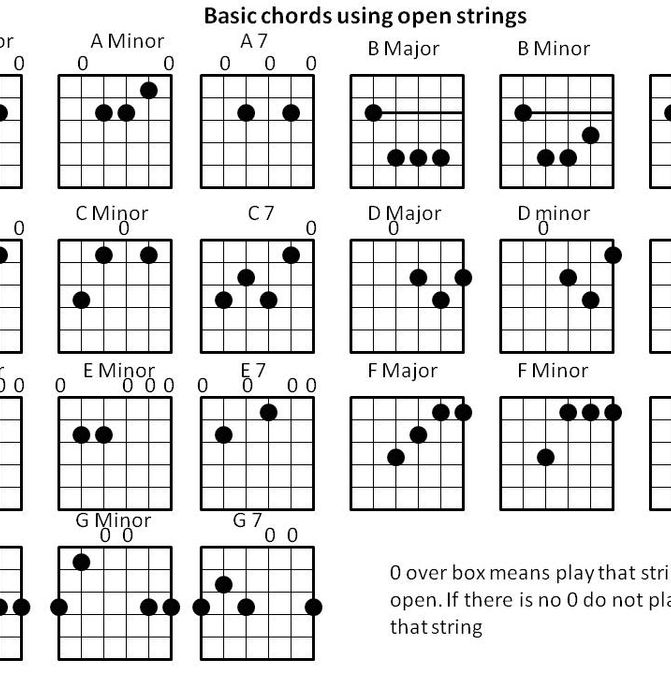